Specifically designed and purpose built for AR15s and M16s with ambidextrous charging handles, the LDFA is a snag-free, rimless forward assist with a small footprint.

Both the LDFA and ABC/R designs are partially based on natural selection and mutation. As the AR and its manual of arms evolve, so should its controls. The oft-neglected FA evolved into the LDFA by becoming smaller, and rimless to accommodate ambi charging handles. The ABC/R went the other direction, with its larger, angled and easier to access paddles to accommodate ambi mag catches.

There has been ongoing discussions regarding the relevance of the forward assist. Like it and use it, or not, it is found on standard AR upper receivers. We don't want the forward assist to go away, we'd rather have it and not need it, than the other way around. LDFA does not have a rim on the plunger and is smaller than a standard forward assist. More importantly, on an AR15 or M16 equipped with an ambidextrous charging handle, when the user pulls on the right latch to load or reload the weapon, the rimless design allows for fluid rearward movement of his hand and charging handle, without snagging on his fingernail or knuckle.

The smaller footprint of the plunger face does not impact its usability.

Proudly designed and made in the USA.

LDFA is designed and made to TDP specs and tolerances, and to work with TDP spec upper receivers.  We've seen a troubling trend, where the lack of adherence to TDP specs and tolerances has created out of spec components, and receivers that are also out of spec to accommodate these parts, resulting in these receivers' inability to accept TDP spec components.

Specifically, the FA housing's hole into which a forward assist is inserted has two diameters, the larger diameter hole for the plunger cap,  the smaller hole for the plunger itself,  These aforementioned billet receivers FA plunger holes are well short of the TDP specified  diameter.  LDFA's plunger measures 0.311, well within TDP tolerances.  To date, we haven't seen any problems with forged upper receivers.

If you have a billet receiver, please measure the plunger hole in the FA housing.  If it's less than 0.312 in diameter, LDFA will be a tight fit.

The LDFA's plunger body has a shallow groove, or band, around its body, located near the plunger's concentric circular serrated face. The band serves to break up the outline of the LDFA plunger, for with the traditional rim removed, the plunger looks strangely long, the band only has cosmetic purposes. 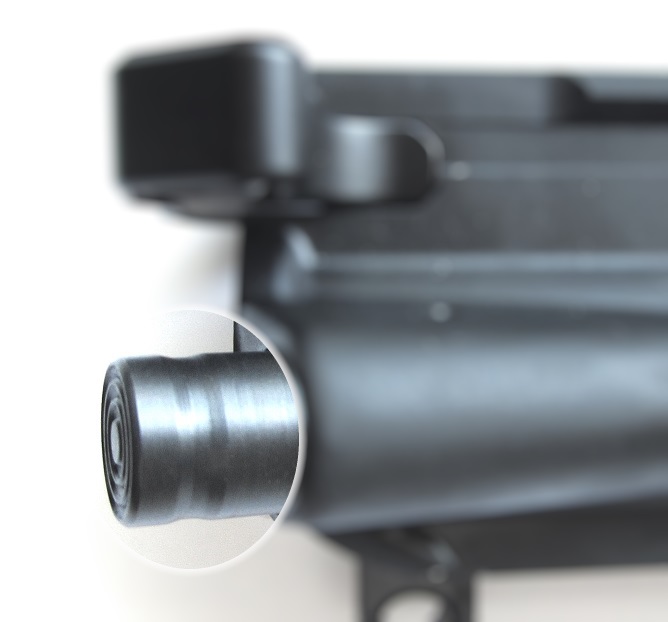 The rimless design of the LDFA means the user's knuckle or fingernail will not snag on the forward assist while he uses his right hand to pull back on the ambidextrous charging handle's right latch.
The picture below shows the path of a user's fingernail, and scratches made by it whilst pulling back on a Mega Slide Lock ambidextrous charging handle by its right latch.  The scratches were not staged. 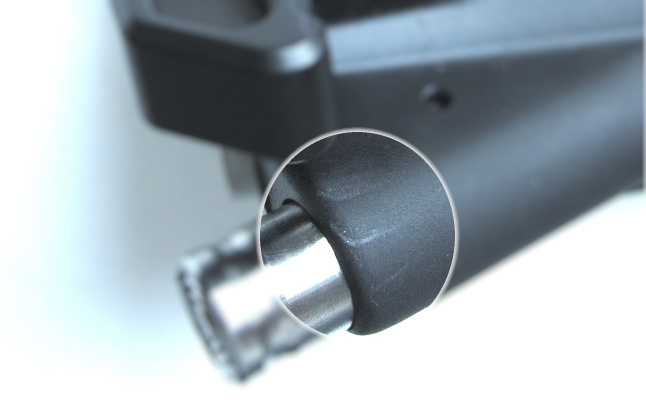 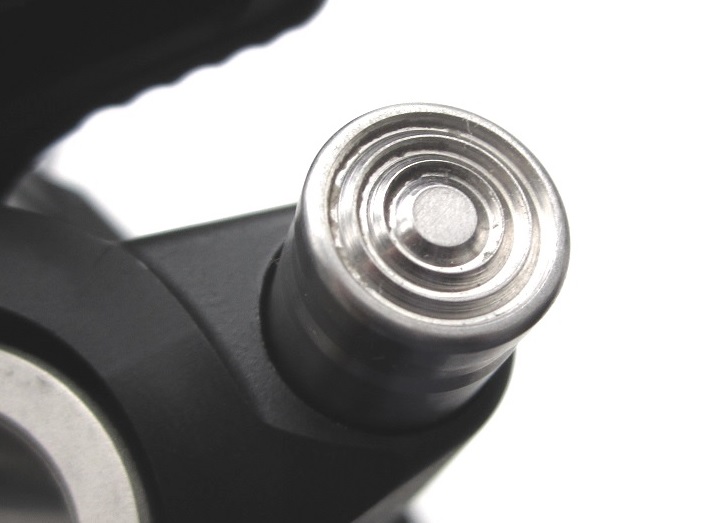